All Men Are Not Created Equal Featured in Cosmetic Surgery Times

All Men Are Not Created Equal Featured in Cosmetic Surgery Times 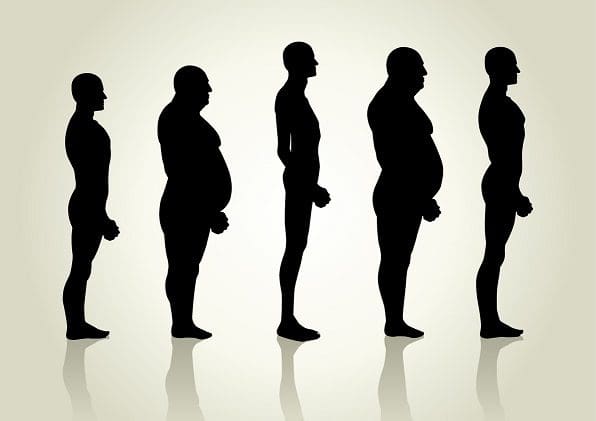 Contrary to the U.S. Declaration of Independence, not all men are created equal or identify themselves equally.

Dr. SteinbrechThese contradictions have propelled Douglas Steinbrech, M.D., FACS, a  plastic and reconstructive surgeon with locations in Manhattan and Beverly Hills, to create different categories for men to identify with on his website maleplasticsurgerynewyork.com.

“There are many different types of men,” Dr. Steinbrech tellsCosmetic Surgery Times. “Initially, the website was to educate men,” he says. “However, the website has also really increased the volume of men in my practice.”

Case in point, upon opening his practice, in Manhattan, 12 years ago, Dr. Steinbrech’s clientele comprised about 80% women and 20% men. Today, the practice treats roughly 80% men and 20% women.

Three years ago, to help drive male business, Dr. Steinbrech created four categories of males on his website: the model (or in Los Angeles, the actor), the athletic dad, the bodybuilder and the CEO/boardroom executive. Each category also lists several recommended procedures.

“The most popular procedure for the model is abdominal sculpting,” Dr. Steinbrech says. “Through hidden incisions, I sculpt the abs and achieve a dramatic reduction of fat to the flanks of the love handles.”

The second most popular procedure is a male model “makeover” that creates a chiseled Superhero jawline via fillers or permanent implants. Of the two, “we usually use fillers to inject into the cheekbone and accentuate the jawline and the chin,” Dr. Steinbrech explains. “I always tell my model patients that every guy has a better-looking ‘twin’ working in Hollywood. That counterpart has slightly higher cheekbones, a little wider jawline and a more projecting chin. By tweaking, we want to create this better-looking twin.”

The athletic dad also wants sculpted abs, perhaps along with a stronger chest and some submental liposuction or Kybella (Allergan) to erase a double chin.

The “Daddy Do-Over” is Dr. Steinbrech’s version of the Mommy Makeover that includes liposuction and high-def liposcultping of the abs, love handles and neck. “These patients are now focusing on their jobs and families, so they have sort of let go the body they had in their 20s,” Dr. Steinbrech says.

The third male category, the bodybuilder, entails intense sculpting. “I call my set of principals ‘BodyBanking®,’ which is somewhat similar to bodybuilding but with fat,” Dr. Steinbrech notes. “With my patent-pending technique, I suck out the fat from the flanks, the lower chest and the abs, then I reinject that fat into the upper chest for a bigger chest, into the shoulders, the biceps, the triceps, the calves and even into the six-pack.”

According to Dr. Steinbrech, BodyBanking® prevents the fat from returning to the areas where it was removed, adds bulk to the newly transferred-fat areas, and keeps fat from popping up into new areas like intra-abdominal visceral fat.

Silicone implants for the chest, calves, forearms, abdomen, shoulders, biceps and triceps are also popular in this category.

The executive type of male is seeking a cleaner neckline and fresher eyes, which often means an upper and lower blepharoplasty and/or a neck lift. “This patient wants to look better in the boardroom and be able to compete with the younger guys,” Dr. Steinbrech says.

In June, the website added a fifth male category: “The Biggest Winner,” a play on the popular TV reality show “The Biggest Loser,” which targets men who have gone through massive weight loss, mostly as a result of gastric bypass, with lingering excess skin that is addressed with any or all of the various body part lifts.

“These patients require circumferential body lifts,” says Dr. Steinbrech, who has developed a swimsuit lift, which conceals incisions lower, beneath the swimsuit line. “Currently, a lot of physicians make the same incision then they would for a woman—high upon the thigh and wrap around as if the man would be wearing a women’s one-piece bathing suit.”

Dr. Steinbrech encourages other cosmetic practices to understand their own local male patient types, based on practice location. “For example, if you practice in South Carolina, there may not be a lot of actors or models,” he says.

Stratifying patients also helps to create an understanding of realistic aesthetic outcomes and allows people to identify with specific procedures.