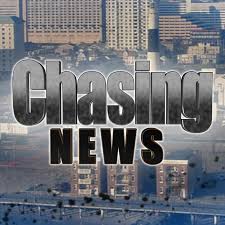 NYC based plastic surgeon, Dr. Douglas Steinbrech is not only highly-accredited by professional standards within the industry, but he’s also one of the most sought after experts in the media regarding his field. Most recently Dr. Steinbrech provided quality insight on the latest cosmetic “Barbie” trend and was cited with an appearance on Chasing News (aired on my9 and Fox). Recently Mattel made newsworthy headlines when they announced that for the first time in 57 years, the iconic Barbie doll was undergoing a transformation- a true plastic makeover.

Mattel debuted a brand new line in their collection of dolls featuring a wide range of body types and even more diverse skin tones, including curvy, petite, and tall. From a consumer standpoint, this is a huge game-changer and potential movement for self-acceptance and promotion. Girls no longer have to be exposed to impossibly slender figures, defeating their own identity and ideals of body image. The revolutionary alterations to the doll are by far the most dramatic.

Speaking of dramatic… which seems to be the common theme of the televised story, this comes at a pivotal time when cosmetic procedures and theatrical enhancements seem to have skyrocketed in the U.S., with an estimated 15.6 million surgeries carried out in 2014 alone. Society’s quest for flawlessness mixed with a social media divide has contributed a tremendous amount to new wave of individuals seeking an extreme solution to their esteem and a cartoon vision behind their aesthetic goals.

The segment highlighted Pixee Fox, a blonde bombshell who endured a total of 16 surgical procedures including the removal of 6 ribs just to look like the classic, plastic beauty.

Pixee expresses, “My hobby is plastic surgery. I see my body as a work of art.”

At 25 years old Pixie Fox has spent over $100,000 in facial and body treatments (all invasive methods). Also, she claims that she is not done yet.

Dr. Steinbrech reiterates, “When it starts to impact one’s health, there are other issues and surgeons need to understand that it is time to turn people away.”

On the other end of the spectrum, what happens when the doll you have worked so hard to become, changes in front of your own eyes?

Curvier. Trendier.
-And more “average” than ever, it seems a new generation of little girls are praising dolls who look more like the people they know, ones who are role models, and ones they love.

When being compared to the original, there is much more of an accurate and healthy reflection for young women to attempt to live up to. After all, people do not come in one shape…So why should a doll right? After years of overwhelming pressure for women to achieve unrealistic levels of “perfection”, finally young girls can have a chance at a new perspective.