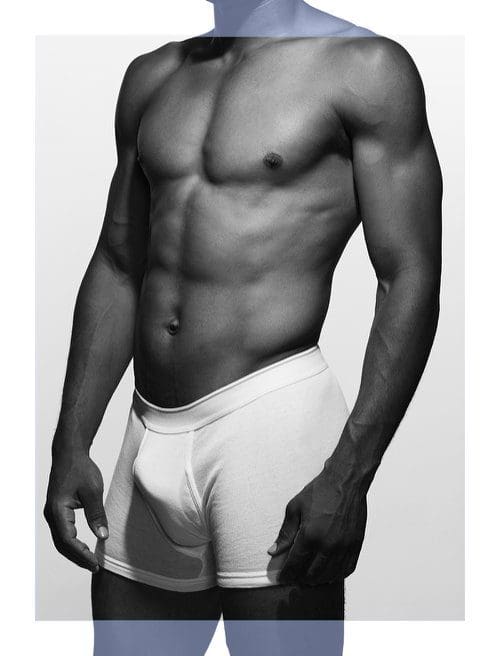 Mirror, mirror on the wall, who’s the fairest of them all? Step aside, Snow White; men are paying closer attention to their reflections and investing in their looks with a newfound openness to cosmetic surgery.

Over the past 20 years, men seeking nips and tucks have shot up more than 325 percent, according to the American Society for Aesthetic Plastic Surgery. In order of popularity, men are lining up for nose jobs (rhinoplasty), eyelid surgery (blepharoplasty), breast reduction (gynecomastia), liposuction, and face-lifts, reports the American Society of Plastic Surgeons, and now account for more than 10 percent of plastic surgery patients.

While women have long felt the social implications of a world obsessed with youth, experts say that men are now feeling more of that pinch. “The reality is that the job market is fierce, and many of my patients come in to look and feel younger to boost their self-confidence,” says New York City plastic surgeon Douglas S. Steinbrech, MD, who specializes in male cosmetic surgery. “Guys want to stay competitive in the board room and feel and look good to clients and colleagues,” he says.

Is a chiseled jawline the new version of a shiny red midlife-crisis convertible? In addition to CEO and boardroom executive types, Steinbrech sees a lot of athletic men staving off the so-called “dad bod” with a “daddy-do-over” that tightens sagging faces and sucks away love handles and beer bellies that have slowly crept on over a couple of decades. Steinbrech even performs pectoral and butt implants on some male patients who want to recapture the jock look of college days gone by.

Whatever you may fancy, looking good doesn’t come cheap. Nose jobs, liposuction, and male breast reduction cost anywhere from $5K to $8K each on average, and face-lifts can run about $12,000. Eyelid surgery, which is approximately $5,000, is often an add-on to other anti-aging procedures for a completely refreshed look, since the eye area is often the first and most noticeable area to age.

Millennial men are also heading in to the cosmetic surgeon’s office, much earlier than generations before them, who often waited until retirement years to address advanced aging issues. They’re much more open and comfortable with the idea of plastic surgery, says Steinbrech. This age group tends to opt for more affordable injectable fillers and “Bro-tox,” which are often priced from only a couple hundred to a few hundred dollars and yet still significantly refresh the face.

Part of the draw is that cosmetic surgery — when performed by a board-certified and experienced doctor — is having far more natural results on men these days. Fears that you’ll end up looking like an aging D-list celebrity in a tabloid headline are diminishing. This month, Kybella, the recently FDA-approved injectable that dissolves neck fat, has been running a television commercial that stars the impressive before-and-after shots of a man looking to make his genetic double chin history.

Meanwhile, at cosmetic surgery community RealSelf.com, interest in nonsurgical hair-loss treatments have skyrocketed among male readers, who are most concerned with taking action against their receding hairlines. Consumers visited the site to research and view before-and-after photos twice as much this year as compared with last year, show site metrics.

Follicular Unit Extraction — or FUE — remains the gold standard for both hair transplantation and hair restoration, says Austin, Texas, plastic surgeon Jennifer L. Walden, MD. SmartGraft is a new device that more quickly harvests hair grafts and places them in balding areas, so hair follicles have a better chance of surviving for fuller results. Either procedure starts at about $8,000 to $10,000 and can quickly rack up much higher, depending on the size of the treatment area and the time it takes to do the procedure.

Younger men aren’t leaving those hairlines to chance; Walden says she sees more men with premature thinning who want to intercept the process before it gets too visually noticeable. “Patients are more apt to call or consult for hair-loss treatments today and not feel embarrassed — cultural shifts have occurred, and cosmetic procedures are just more accepted and understood by the mainstream public,” says Walden.

Alex, a 30-something who works in financial services in New York City, recently had the popular FUE hair transplant. As someone who is sharply groomed and who works out regularly, he saw it as an extension of how he likes to present and take care of himself, both in his personal and professional life. “It’s vanity. I didn’t like the thinning and recession of my front hairline, so I handled it,” he tells Yahoo Beauty.

He paid $11,000 for the procedure and worked from home while recovering for a few days afterward, though he says the raw redness of his scalp took a couple of weeks to subside. And he learned that cosmetic surgery isn’t a magic wand and that expectations must be managed. “It is definitely an improvement, and I’m glad I did it — having said that, I expected there to be fuller coverage of the places where the hair follicles were plugged in,” he says. Would he consider other procedures? “If I felt Botox or a neck-lift were necessary at some future point, I’d consider — and maybe even more, if technology improves,” says Alex.

With male demand for cosmetic procedures only gaining, we think it’s a safe bet that cosmetic technology will do exactly that.