It’s Raining Men: How Too Many Men Have Changed the Way Society Sees Masculinity

It’s Raining Men: How Too Many Men Have Changed the Way Society Sees Masculinity 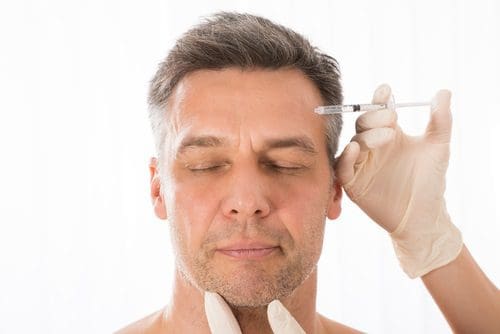 In China, Korea, and India, a strange thing is starting to happen. It’s something that has never been witnessed in human history before. For the first time in history, men outnumber women in some of the most populous countries in Asia. It’s not a slight difference, either.

The difference is most noticeable in countries where family planning policies and social expectations often would have parents able to raise only one child—most often a male to carry on the family name. Due to the heavy preference families had for men over women, there are now a total of over 70 million more men than there are women.

The Struggles of Men in a Male World

If you were to listen to some of the rants men have about ladies, you’d never guess that an overabundance of men would be an issue. However, demographers are starting to panic because of the widespread changes and impacts of having such a dire lack of women.

Men are now facing unprecedented competition for dates, white collar jobs, and even entertainment-based jobs. With the higher competition for jobs and potential spouses, men are also starting to get judged on elements that they never used to be critiqued on.

Things such as looks and fashion sense, for example, are becoming increasingly important for men in both the dating world and work world. Women are more interested in finding a sexually attractive mate than ever before—and men who want to court women often will have to do something to set themselves apart from the rest of the singletons out there.

How Bad Can Rejection Be?

The consequences of not being able to compete in the new world can be pretty dire. In many cases, men who are unable to find a spouse are seen as less masculine, or worse, defective. Many older parents are now stuck housing single men who can’t get a spouse or a job.

In many cases, parents who were once thrilled to have sons are now beginning to regret it. Some are even beginning to panic, or encourage their sons to marry younger than ever before. In China, it’s even become customary for men to start building houses in a last-ditch attempt to get a wife. Sadly, it’s not always successful…but something else has been.

Only 20 years ago, you never would have heard of men who would be interested in plastic surgery. However, times have definitely changed. As women have become increasingly focused on sexual attraction, men throughout the world have started to pay more attention to their looks before.

In China, Japan, and Korea, the male plastic surgery market is absolutely booming. Men who have undergone surgery in these countries definitely don’t regret it, either. In many cases, one small nip and tuck was all they needed to find love—or even a better job.

The trend has also begun to spread to the United States as well. Dr. Steinbrech, one of the top male plastic surgeons in New York City, recently had to expand his business into multiple branches due to the uptick in demand. The statistics alone show that the demand is skyrocketing, with dermal fillers, face lifts, and liposuction being some of the most commonly requested procedures.

Though men don’t outnumber women in the United States, Dr. Steinbrech and other male plastic surgeons have noticed that the rationale behind going under the knife remains the same. Many, if not most, male plastic surgery clients in the States choose to undergo cosmetic procedures to compete in the world of Tinder, or to look more respectable in their careers.

Not As Crazy As You Think

It may seem insane for a regular man to go to such lengths, but if you think about it, the new uptick in plastic surgery makes a lot of sense. Today’s world is one where competition has never been higher—and that holds true for all things. Men really do have to struggle to find love, a great career, and have status.

Our society is one where people will focus on your first impression. This means that, for both men and women, looks matter more than ever before. The guys who choose to undergo plastic surgery are not being vain or foolish; they are adapting to a hyper competitive world by investing in the best asset they have—themselves.  Dr. Steinbrech launched his Male Plastic Surgery  New York website in 2012 as demand sky rocketed due to pent up demand.  He later expanded with a Male Aesthetic Website for his Beverly Hills office and is now bi-coastal servicing the needs for men on both coasts.  As much as 40% of Dr. Steinbrech’s patients are from overseas (many of which who fly in from Asia).  Hence, the demand for Male Plastic Surgery is worldwide and showing no signs of slowing down anytime soon.