Say Good-bye to Gynecomastia in 2015 NYC

Say Good-bye to Gynecomastia in 2015 NYC 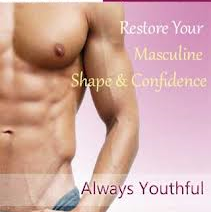 New Year’s resolutions usually come from a personal conviction that there is something about your life that’s not quite right and you want to fix it. Think about the most common resolutions out there. People resolve to quit smoking because they know it isn’t good for them. Others resolve to lose weight or begin an exercise routine because they don’t like how they look, they want to be more health conscious, or both. Alas, these and many other resolutions rely heavily on one’s willpower or personal discipline or incentive and, as such, tend to fail miserably. Sometimes it’s hard to figure out what’s worse, the bad thing in your life that you just can’t beat or the fact that, once again, you broke your New Year’s resolution.

If you’re like most people, you have made a few resolutions for 2015. Since we’re already a few days into the New Year, you may have broken a few, if not all of them. Cheer up, bud. There’s always next year.

You may also be one of those men who identifies a problem, but believes there is no solution for it and you simply conclude that it’s something with which you have to live and the sooner you come to terms with that fact, the better off you’ll be. This may be the case if you’re one of the 40 to 60 percent of men who have gynecomastia.

Gynecomastia in the broadest, simplest term is a hormonal imbalance.

Sorry for dropping a clinical word on you like that. For such a common condition, gynecomastia isn’t widely known by its proper name. Most people are far more crude in how they describe it, but frankly, “man boobs,” or “man breasts,” are more effective names for identifying the condition that affects so many individuals, even if such terminology is a bit brash.

If you have man boobs, you know how embarrassing it can be to go to the pool, shower in the gym or do anything shirtless. Your self-image has taken a serious hit, but you’ve also probably concluded that it’s a simple consequence of your genes, your weight or your age. You deal with it by wearing shirts, sweaters or jackets that will draw attention away from your breasts. The problem with this belief is that on top of your poor body image, your sense of hopelessness about the problem actually adds to your misery. You didn’t make a New Year’s resolution to lose the man boobs, because you didn’t think there was anything you could do about them

Well, it’s not too late to make getting rid of your gynecomastia a New Year’s resolution. Yes, my friend, you can do something about it.

There are seven types of gynecomastia ranging from mild to severe. No matter how extreme your breasts have become, there is a breast reduction procedure that can treat you. If you live in the NYC area, Dr. Douglas Steinbrech is one of the finest plastic surgeons in the area and he can determine which option best treats your condition.

Rest assured, modern male breast reduction surgery is very advanced. Average procedures last about two hours, recovery time is only about a week and the results are permanent. It’s not too late to make your New Year’s resolution to say “Good-bye!” to your man boobs. Not only will it treat the condition, it will do wonders for your self-esteem and general outlook on life.

For more information on Dr. Douglas Steinbrech ’s revolutionary treatments for Gynecomastia, please contact maleplasticsurgerynewyork.com. Dr. Steinbrech’s NYC Male Plastic Surgery office is here to reveal the ultimate transformation that you have been waiting for.

*Dr. Steinbrech is one of the country’s top plastic surgeons and uses the most modern minimally invasive techniques for both surgical and non-surgical procedures. He’s recognized for his skills and expertise, but his commitment is entirely directed to helping every patient look and feel their best