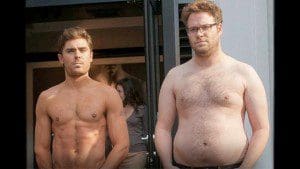 Little Ms. College Sophomore, Mackenzie Pearson did not realize exactly what she was in for when she published her online article in The Odyssey back in March. Not only was it the debut of the trending coined phrase,#Dadbod, but it has been subject to heavy criticism and backlash, especially from those women who rock the fierce “Mom bod”.

By definition, the original feature defines the term dad bod as, “a nice balance between a beer gut and working out. The dad bod says, ‘I go to the gym occasionally, but I also drink heavily on the weekends and enjoy eating eight slices of pizza at a time.’ It’s not an overweight guy, but it isn’t one with washboard abs, either.”

The terms “dad bod” and “mom bod” may just be a fad and the topic of the moment, but the implications are worth holding on to. Bodies are not perfect by nature, and that is okay- but we must let go of the insanity behind one pop-culture catch phrase as the beacon of beauty. Confidence is the key. Do not allow this new wave to take over how you feel about yourself, as a woman or as a mother. Reclaim yourself in any way you feel necessary.