A Celebrity Plastic Surgeon Reveals the Truth About Butt Implants

New York-based surgeon Dr. Douglas Steinbrech explains the different procedures and how to tell if the famous behinds of stars like Kim Kardashian and Nicki Minaj are real.

We live in a culture that isn’t only all about that bass, it’s obsessed. Big butts have become a must-have in Hollywood, with Kim Kardashian and Nicki Minaj flaunting their bountiful behinds on IG and rappers constantly shouting out the lady lumps in song. The more we talk about butts, the crazier the rumors regarding famous backsides become — like the one about Amber Rose getting injections, or Nicki’s implants exploding. The booty is so en vogue these days, people are going to dangerous (and illegal) lengths to get more curves. With so much hype, we went to a professional to try and make sense of it all.

New York-based plastic surgeon Dr. Douglas Steinbrech gave us the inside scoop on in-demand booties, how to tell if someone’s had work done, and what procedures exist to help us pack a little more junk in the trunk. 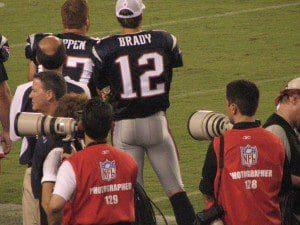 Do men come in for butt implants?
Men want to look like a quarterback so they’ll give me names like Tom Brady. Guys want a more athletic look, and a lot of times get shortchanged. They work on their pecs and shoulders and arms but the legs and butt, even if they work really hard, they can be very tough-starter areas. Guys with more toned abs want the cuts on the sides — the skater lines over their obliques. And then I save all the fat and the fat goes in the glutes to look like an NFL quarterback.

What’s your overall male to female ratio?
With my men’s site, it’s brought up the men to probably 50 percent of my practice. That is extremely different from the national average, which is 10 percent. But I’m passionate about men’s plastic surgery.

To Read the Full Interview …